The Rudin Prize for Outstanding PhD Dissertation is awarded annually (beginning Spring 2020). The prize is named in honor of Mary Ellen Rudin (who taught at Duke) and Walter Rudin (who received his BA and PhD from Duke). 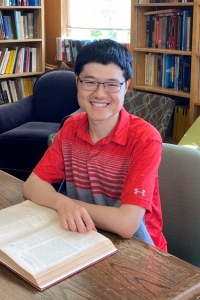 I am an applied mathematician working in the interface between partial differential equations, probability and numerical algorithms. The first aspect of my research is called stochastic homogenization. The conductance of a material can be highly heterogeneous at a molecular level (see picture), and therefore any direct simulation is computationally undesirable since the variations on small scales need to be addressed. However, if we further assume the material to have some spatial homogeneity in statistical information, then we may make approximations by simulating some homogeneous material, so that computational cost can be significantly reduced. In the first part of my thesis, which is joint work with professors Jianfeng Lu and Felix Otto, we study the approximation of three-dimensional infinite material, and give an optimal algorithm that successfully captures the correct scaling of error induced by truncation and randomness. 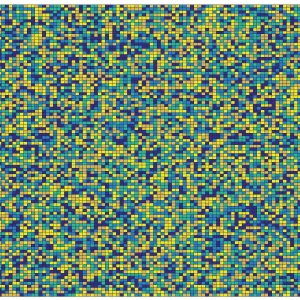 The second part of my thesis, which consists of joint works with Yu Cao (former Duke math PhD student) and Jianfeng Lu, is about sampling from a target distribution, which has profound relationship with optimization, statistics, molecular dynamics and machine learning. A popular approach to sampling consists of using continuous time Markov Chain Monte Carlo processes: after running a stochastic process for a long time, its distribution will be close to the target. Therefore, studying the convergence rates of these processes is important for applied mathematicians, since processes that converge fast have a practical advantage. In the second part of the thesis, we give sharp estimates on the convergence rates of several sampling processes, including the underdamped Langevin dynamics, randomized Hamiltonian Monte Carlo, the zigzag process and the bouncy particle sampler. Our results in underdamped Langevin dynamics improve on previous results of many great mathematicians including Cédric Villani. 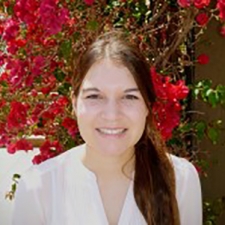 My research lies at the intersection of commutative algebra, combinatorics, and topology. I study higher-order algebraic ramifications that arise from systems of polynomial equations in which each equation sets a monomial — that is, a polynomial with one term — equal to 0. These systems and their higher-order consequences have intricate but concrete combinatorial structure. When the monomials are in three variables, for example, they can be visualized using staircase diagrams like the one pictured below. In these pictures, as in the more general case of arbitrary numbers of variables, staircase diagrams encode information about how the monomials relate to each other. As part of work for my dissertation, John Eagon, Ezra Miller, and I gave a full solution to a central problem that has been open in the field since the early 1960s. The solution involves summing over lattice paths (like the ones in the picture) along the grid lines between appropriate points on the staircase. 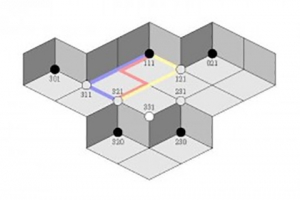 To be more precise, given any monomial ideal in finitely many variables, we construct a free resolution that is canonical, minimal, universal, closed form, and combinatorial. We call this the canonical sylvan resolution. The differentials are weighted sums over lattice paths whose weights come from higher-dimensional analogues of spanning trees in simplicial complexes indexed by integer vectors. This construction works over fields of characteristic zero and most positive characteristics. Over a field of any characteristic, we also construct more efficient noncanonical sylvan resolutions, whose differentials sum over noncanonical choices of these generalized spanning trees at points along the lattice paths.

Assistant to the Director of Graduate Studies