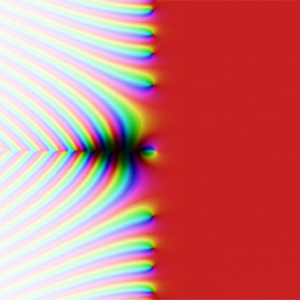 Number theory is the study of the integers (e.g. whole numbers) and related objects. Topics studied by number theorists include the problem of determining the distribution of prime numbers within the integers and the structure and number of solutions of systems of polynomial equations with integer coefficients. Many problems in number theory, while simple to state, have proofs that involve apparently unrelated areas of mathematics. A beautiful illustration is given by the use of complex analysis to prove the “Prime Number Theorem,” which gives an asymptotic formula for the distribution of prime numbers. Yet other problems currently studied in number theory call upon deep methods from harmonic analysis.

In addition, conjectures in number theory have had an impressive track record of stimulating major advances even outside the subject. For example, attempts to prove “Fermat’s Last Theorem” resulted in the development of large areas of algebra over the course of three centuries, and its recent proof involved a profound unifying force in modern mathematics known as the Langlands program.

Our specialties include analytic number theory, the Langlands program, the geometry of locally symmetric spaces, arithmetic geometry and the study of algebraic cycles.