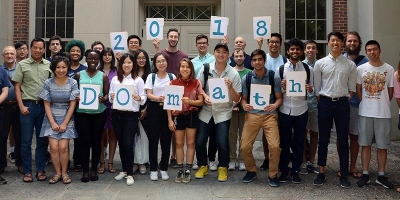 DOmath 2018 ran from May 29 to July 20, 2018.  Here are brief advertising blurbs about each of the six DOmath teams, with links to final project reports where available. 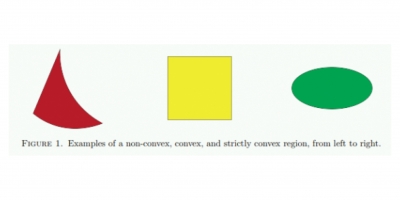 It has been known for a long time that there are curves and shapes (other than the circle or the sphere) that have `constant width’, so that, no matter how they are turned, they will just fit between two parallel lines (or planes if we are in 3-D) separated by the width of the object.  Famous examples show up in the Wankel engine and so-called Reuleaux triangles.  (If you want to see these in action, search on YouTube for `curves of constant width’ and/or `shapes of constant width’.) 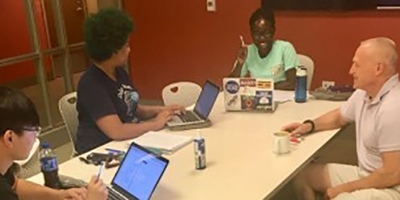 The mathematics of these objects is reasonably well understood (although there are still some surprises), but it turns out that one can go much beyond this.  For example, if T is a triangle in the plane whose angles are rational multiples of a right angle, then, in addition to the inscribed circle, there are non-round convex figures C that can be inscribed in the triangle so that they touch all sides, no matter how the figure C is oriented.  We don't know a lot about these curves of constant `triangular fit’, but the point of this project is to explore them and try to prove some theorems about them.  There are similar phenomena in dimension 3, and we might be able to print out some of these objects and experiment with them, if time and interest permit.

We'll talk about what this has to do with Fourier series and other geometric concepts and see where it takes us. 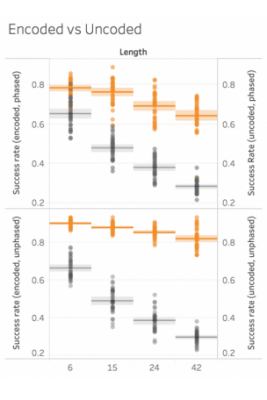 A quantum computer is one that exploits quantum mechanical principles in its operation, and if a quantum computer could be built, then it could break public key cryptosystems exponentially faster than classical computers.

The effectiveness of quantum computing derives from coherent quantum superposition or entanglement, which allows a large number of calculations to be performed simultaneously, and this coherence is lost as a quantum system interacts with its environment. In classical computing one can assemble computers that are much more reliable than any individual component by exploiting error-correcting codes. The aim of this project is to do the same for quantum computers. 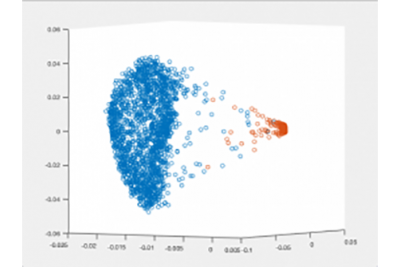 In many applications, data coming as high dimensional vectors actually lie on or close to low dimensional manifolds that are embedded in the highdimensional space. The problem of dimension reduction aims at revealing such hidden geometrical structures for data visualization and further analysis, and it is important for unsupervised representation learning. A large class of dimension reduction methods are based upon the construction of an affinity graph or a kernel matrix, and the affinity is computed only for data points in local neighbourhoods. The construction of such local affinity has key 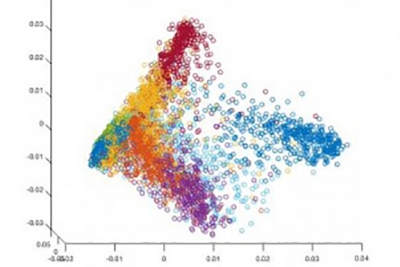 effects on the performance of dimension reduction methods, as has been widely observed in experiments, yet the theoretical understanding remains limited. The project will investigate the effect of different ways of constructing the local affinity on the results of dimension reduction and representation learning, both in simulation and in mathematical analysis, starting from simple examples of synthetic data sampled on curves and surfaces. 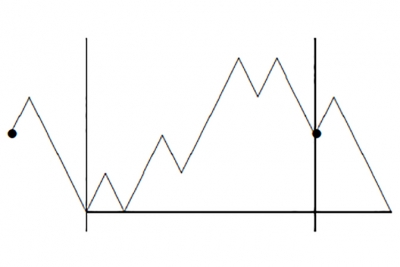 Our processes will take place on graphs generated by the configuration model in which the degree distribution is specified and then connections are made at random. In an epidemic, sites can be in one of three states: Susceptible, Infected or Removed (i.e., immune to further infection). There are three basic epidemic models SI, SIR, and SIS. In all three versions, susceptibles become infected at a rate λ times the number of infected neighbors. In the SI model recovery is not possible. In the other two versions infecteds become removed (or susceptible) at rate 1. We will investigate (i) how the duration and severity of epidemics depends on λ, and (ii) how the behavior of SIR and SIS epidemics are changed when susceptible individuals can sever their connection to infected individuals and become neighbors of another individual chosen at random from the graph. 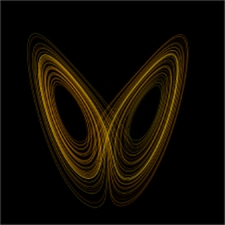 In this project, students will study the stochastic complexity of certain dynamical systems. They will use mainly simulations as well as some basic probability theory and ergodic theory to characterize how complex certain dynamical systems are. In addition to classical systems like the logistic map, some systems inferred from real data on microbial communities and gene regulatory systems will be explored. 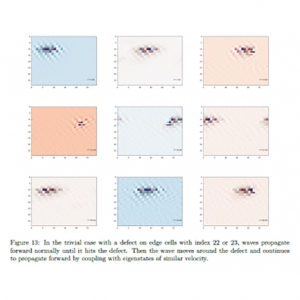 Certain two-dimensional materials which are insulators in their bulk (i.e. far from the edge, or boundary, of the material) are known to be conducting at their edge. This phenomenon has been shown in experiments to be robust to localized defects of the edge, and can be theoretically explained in terms of topological invariants associated to the crystal structure (arrangement of atoms) of the material. In this project we will study such states analytically and computationally.