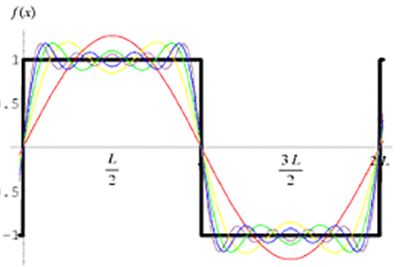 Functions are representations of relations between sets, and in particular are useful for representing the changing states of a system: the velocity of a projectile, the frequencies present in a sound signal, the color of a pixel in a digital image, or the prices of a portfolio of stocks. The mathematical field of analysis seeks to formulate methods to analyze quantitatively the change exhibited by the outputs of functions with respect to their inputs, as a way of distilling important information about the underlying systems---such as the way stock prices change over time.

Historically, the development of calculus, with its application to Newtonian physics, was a very successful development in analysis. Today, analysis forms the foundation of several highly active areas of mathematics, with powerful applications throughout mathematics as well as in the natural sciences and industry. The Duke math department includes several faculty who work on various topics within analysis or use the tools of analysis to study various applications.

Harmonic analysis seeks to decompose functions into their component "harmonics" or waves; that such a decomposition is possible for broad classes of functions was initially discovered by Fourier in the early 1800's, and continues to have applications in a vast swath of mathematics, ranging from image compression methods via "wavelets" to counting integral solutions to Diophantine equations via the Hardy-Littlewood "circle method."

Complex analysis studies the behavior of functions on the complex plane, and has deep connections to number theory, and in particular to the distribution of prime numbers, via the Riemann zeta function.

Real analysis develops a rigorous theory of integration which extends the familiar notions of calculus to a broader class of functions, and in particular provides a foundation for many concepts in probability.

Stochastic analysis seeks to understand the behavior of differential equations and dynamical systems whose parameters or inputs are random and unpredictable; this has many applications in the sciences and engineering and economics.

Applying analytic methods to partial differential equations (PDE's) allows researchers to study the evolution of a system that is changing in a manner governed by precise constraints (the differential equations in the name); PDE's may be used to represent many important problems in the physical world, relating for example to diffusion of heat, fluid flow, or quantum mechanics.