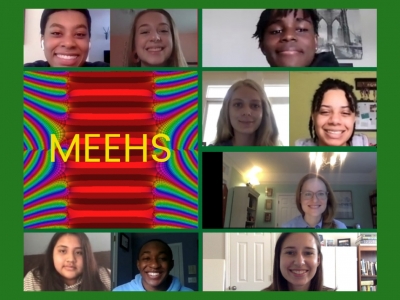 Duke Math sponsors the Mathematics Employment Experience for High School Students (MEEHS) program, led by Professor Kirsten Wickelgren (Math).  In this program teams of high school students, teachers and researchers work together on mathematical problems and exposition during a week of the summer.  Two high school teachers select about four students each to work alongside researchers on a single problem.  This year's problem was data on 42 similar cases involving one prosecutor. The prosecutor has a pool of eligible jurors of variable sizes and may strike a variable number of eligible jurors off the jury.  The data includes the number of African American jurors in each pool and the number of African American jurors struck by the prosecutor.  It is illegal to strike jurors for being black. The question is: did the prosecutor break the law? 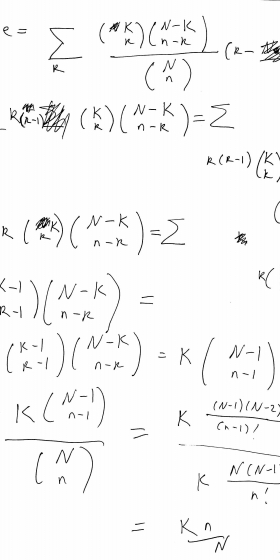 The group met online using zoom, mornings and afternoons during the week.  They modeled jury strikes using hypergeometric distributions involving the appropriate parameters.  They used SAGE to compute the probability that the prosecutor would strike more than n jurors total given the 42 trials.  This is given by a convolution.  The prosecutor struck over 240 African American jurors total.  We computed the probability that while choosing randomly a prosecutor would strike over 200.  This probability is less than 5 * 10^-23.  We did this for many values of 200 and discussed associated math.

We also analyzed some golf data and discussed regression to the mean.  Students wrote up an analysis of one piece of data we considered.  The group was in agreement that the prosecutor broke the law.

Find out more about the MEEHS program here.